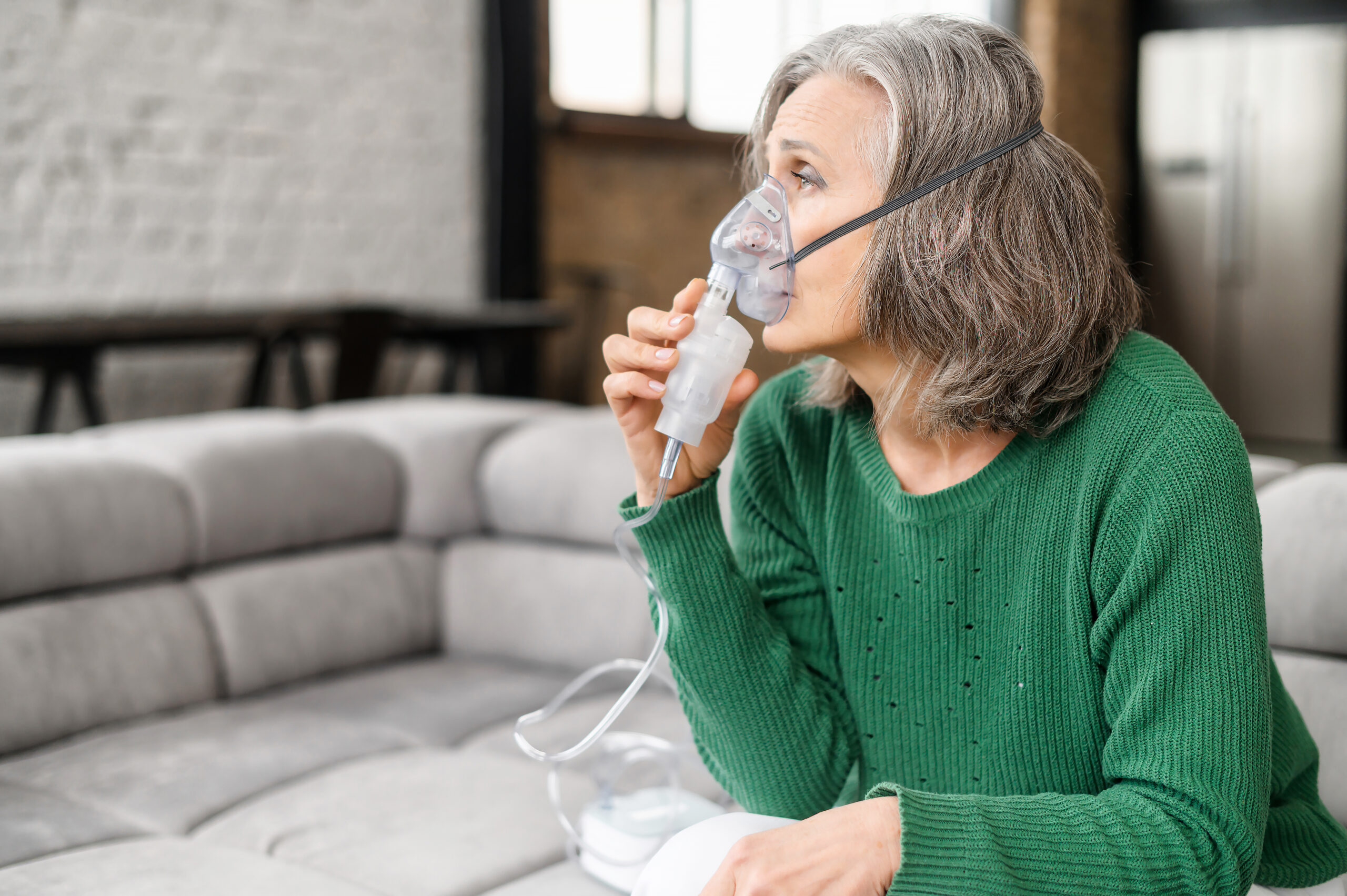 You might believe that most of your energy comes from the food and liquids you consume, but you might be surprised to learn that oxygen accounts for more than 90% of your energy. In cases of low energy, increasing oxygen intake could be beneficial. Compared to the average person’s breathing air, an oxygen therapy setting offers several advantages and delivers a higher oxygen concentration.

Oxygen therapy is a popular treatment for many conditions, but it’s not exactly a household name. Suppose you’re new to the world of oxygen therapy. In that case, it can be challenging to understand how this treatment works and why oxygen is beneficial. However, plenty of surprising benefits make this treatment so effective at fighting illness and improving overall health.

What is an Oxygen Therapy?

Those who can’t acquire enough oxygen on their own are administered oxygen therapy. It frequently results from lung diseases that impair the lungs’ capacity to absorb oxygen.

While some people require oxygen treatment regularly, others only do so sometimes or under certain circumstances. Good thing purified oxygen is now provided at oxygen bars, sometimes with added smells. Through a tube, the oxygen is delivered to your nose.

What are the benefits of Oxygen Therapy?

Safe for All Ages

Oxygen therapy is a safe, effective treatment for many people. It can be used to treat a variety of conditions, including:

Oxygen therapy can help reduce pain, inflammation, and muscle spasms. It can also be used to treat nerve pain and headaches in addition to general joint and back problems.

Oxygen therapy aims to increase blood circulation by delivering high levels of oxygen-rich air into the body’s tissues. This process increases your body’s ability to absorb nutrients from food, which helps you feel better faster than traditional methods like pills or creams do alone because it works deeper than relieving symptoms like pain or swelling on top of your skin surface area.

Oxygen therapy can help you feel more awake and alert. The boost in energy levels is due to the increased oxygen flow throughout your body, which causes a boost in metabolism and muscle contraction. It leads to improved physical performance, as well as an increase in mental alertness.

You may have experienced this effect after an intense workout session at the gym or playing a game of basketball with friends—that feeling when you couldn’t stop laughing even though all the other people were tired!

Well, now there are scientific reasons behind why this happens: oxygen therapy has been found helpful for treating chronic fatigue syndrome (CFS), which can be caused by multiple factors, including sleep deprivation over time or low iron levels in the bloodstream due to poor dieting habits such as skipping meals altogether instead of eating nutritious foods like green tea each day so that way they won’t get too hungry later.

Oxygen therapy can help improve your mood. It reduces anxiety and stress, which in turn, makes you feel more relaxed. You might even fall asleep faster!

Oxygen therapy can help reduce anxiety by allowing you to focus on the present moment. It’s a beautiful way to relax and feel calmer, more confident, and more optimistic.

When we are anxious or stressed, our bodies produce adrenaline, increasing heart rate and blood pressure. These physical changes are often inappropriate for a given situation – they may make us uncomfortable or even dangerous! Oxygen helps your body regulate this surge of adrenaline so that it doesn’t cause unnecessary damage to your body’s organs (such as muscle tissue).

This reduction in stress levels allows you to relax more easily when faced with challenging situations in life, which is why oxygen therapy has been shown repeatedly through research studies conducted by universities around the world.

It can Help You Make Better Decisions.

Oxygen therapy can help you make better decisions. Since your brain has more oxygen, it can function at a higher efficiency level. When you decide, the information presented will be more precise and rational.

It also means that if someone else makes a suggestion or asks for advice on something, they will be less likely to be swayed by emotion because they haven’t had enough time yet in their lives where emotions have ruled everything else out wholly (like during adolescence).

Oxygen therapy can help to reduce inflammation and heal wounds. It’s been shown that oxygen treatment can speed up the healing process by as much as 30%, which means you’ll have a faster recovery time.

Oxygen therapy reduces pain and discomfort associated with cuts or abrasions on your skin. The reduction in scarring is another benefit of using this method.

May Help Shorten a Cold or Flu

Oxygen therapy has been shown to help shorten a cold or flu and even reduce the severity of symptoms. Additionally, it may improve your sleep, reduce inflammation and pain, and improve your mood.

The reason for this? Your immune system depends on oxygen, which strengthens the white blood cells that fight pathogens in the body and aids in the prevention of illnesses. When we don’t have enough oxygen available during an infection (like when our breathing rate increases), these white blood cells cannot do their job efficiently enough. As a result, they release chemicals that cause inflammation instead of helping us recover from illness faster.

Oxygen therapy can help restore normal levels of oxygen in your bloodstream so that those white blood cells can function at total capacity again!

Oxygen therapy is a great way to treat an athlete’s foot, which is caused by a fungus. It can also treat other foot issues like fungus and corn. Oxygen therapy can help you heal your nails faster, so you won’t have to deal with painful nail damage.

Oxygen Therapy Helps Treat Athlete’s Foot: Athlete’s Foot is an infection that occurs when fungi grow on the skin of your feet or toes; this condition causes itching and burning sensations due to poor blood flow through small blood vessels in those areas.,

You have probably been there. You’re having a great time at the bar, laughing with friends, and enjoying yourself. Then it’s 2 AM, and your head is pounding from all that drinking, and you feel like you need to throw up or pass out.

Oxygen therapy can help with these symptoms by replacing lost fluids during a night out on the town, which may be what causes hangover symptoms in the first place: dehydration! By using oxygen therapy before bedtime when alcohol consumption has been heavy enough to cause dehydration and other related problems such as headaches and nausea, users will get better sleep quality while also reducing their chances of suffering from hangovers later on down their road because they’ll have more energy during morning hours when they’re able to drink coffee without feeling dizzy or dehydrated again after just one cup.

Because oxygen treatment improves circulation and speeds up metabolism, which can help burn calories, weight reduction may result. In a sense, oxygen is the fuel that keeps our cells alive. Our cells won’t function properly if they don’t have access to enough oxygen.

Our cells will signal to our brains that they need food or oxygen if they are not receiving enough of it. Suppose most of our energy comes from food and the remainder from oxygen. In that case, it is logical that we feel less hungry when we breathe in more oxygen.

ActIVate Drip Spa health & wellness self-care center in Texas specializes in Oxygen therapy. Now that you know the benefits of Oxygen Therapy, contact us to experience it personally! 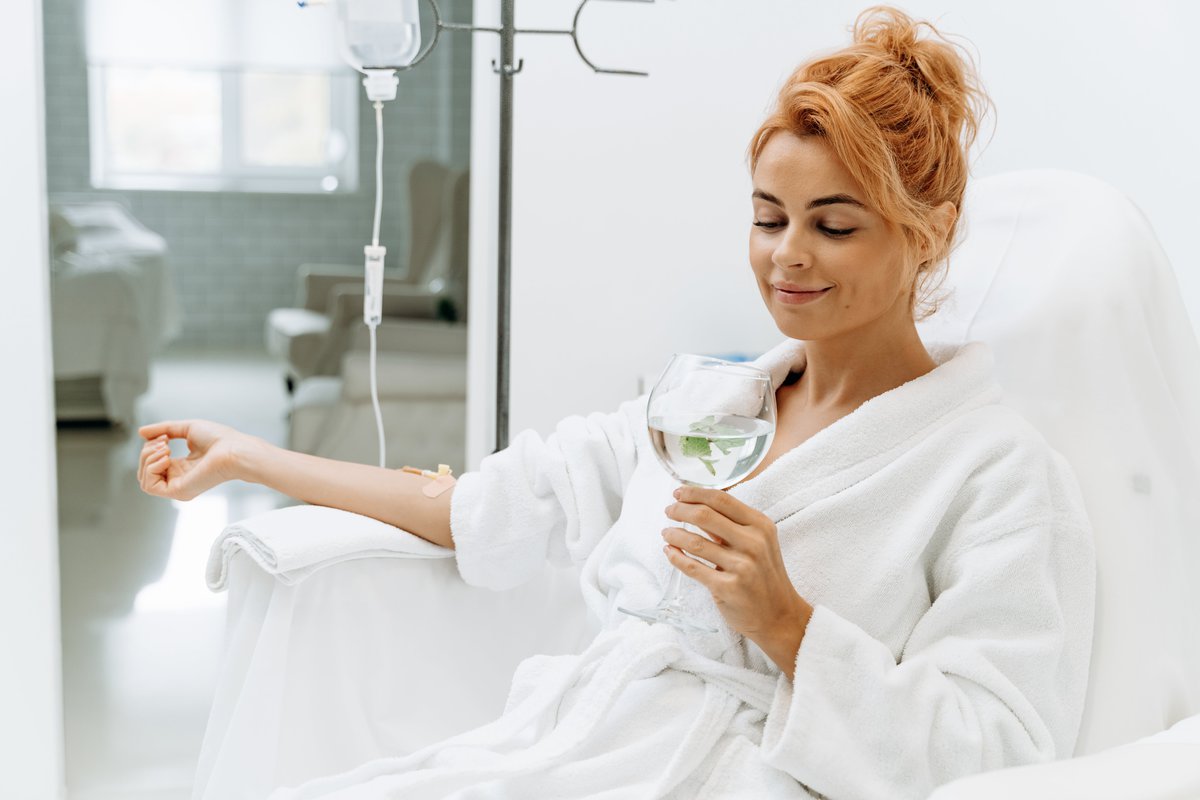 Site Supported And Maintained By

ARE YOU SURE YOU WANT TO EXIT THIS PAGE WITHOUT BOOKING US AN APPOINTMENT?